An important piece of the Padorama puzzle?

The booklet accompanying the Padorama exhibition is a valuable source of images of the early days of the Liverpool & Manchester Railway which opened in 1830. Both the booklet and exhibition covered the 31 mile journey from Manchester to Liverpool. The exhibition was held at the Baker Street Bazaar in London and appears to have been open from mid-May until the end of August, 1834. Its presence would have coincided with construction of London's first steam railway, the London & Greenwich, which opened in 1836.

Although there has been much speculation, little is known about the origins and nature of the Padorama. A brief description in the Spectator, however, gives valuable context. 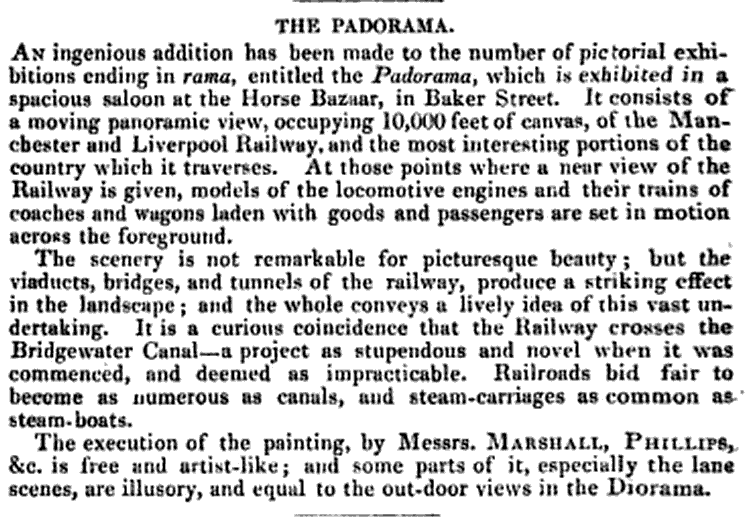 Figure: Excerpt from the Spectator, May 1834.

From this it may be plausible to deduce:

If the conjectures above are at all accurate, the disyntrechon presentation at the Baker Street Bazaar may have been an interesting hybrid and significantly more sophisticated than the majority of panoramas displayed in this era.