Look behind you! The Crown Street entrance block

Crown Street was the first station on the Liverpool & Manchester Railway which opened in 1830. First- and second-class passengers were initially conveyed by distinct trains with yellow and blue carriages respectively. Second-class travel was less expensive and accordingly more spartan.

The conventional view of Crown Street station shows the Railway Office with the 1829 Stephenson tunnel in the distance (The Trust has a very nice compilation). The Railway Office appears to have been demolished when passenger operations switched to Lime Street in 1836. Of course, there were other buildings on the site and one that is rarely mentioned is what I call the Crown Street entrance block. This would have been to the left rear of the conventional view and beyond Crown Street would have been the walls of the Botanical Garden.

This comprised two buildings and a curved wall (which I will call a quadrant) abutting a wall running from Smithdown Lane to Crown Street. There was a similar quadrant facing it that was joined to sheds, possibly stables, running behind the station. Some maps show a rectangular structure within the quadrant with a narrow rectangle leading to the adjacent building. I'm assuming that this was a horse trough and associated pipe that the quadrant wall protected from collision with coaches. The pillar seen in one picture would likewise serve as a bollard for the portico to the main office building, particularly if the coach on that side was required to reverse into the space. The presence of horses would inevitably lead to the possibility of the clothes of passengers being sullied if forced to cross the yard; reversing in would help avoid this, another perk for premium service. 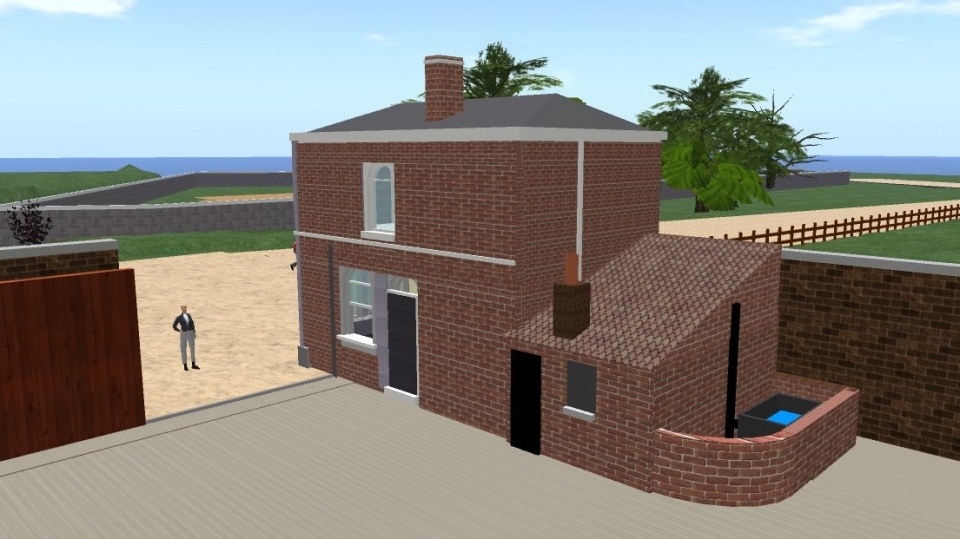 As far as the entrance block is concerned, I am suggesting that the innermost building provided quarters for the gatekeeper while the streetside building was a slightly grander affair. One possibility is that this served as the coaching office for second-class passengers as well as the reception for parcels. Clearly it was in a good position to control access to the yard and it also provides the means to partition the first- and second-class passengers who were catered for in Manchester by two different entrances. The end-on orientation of the Liverpool building otherwise makes this awkward. 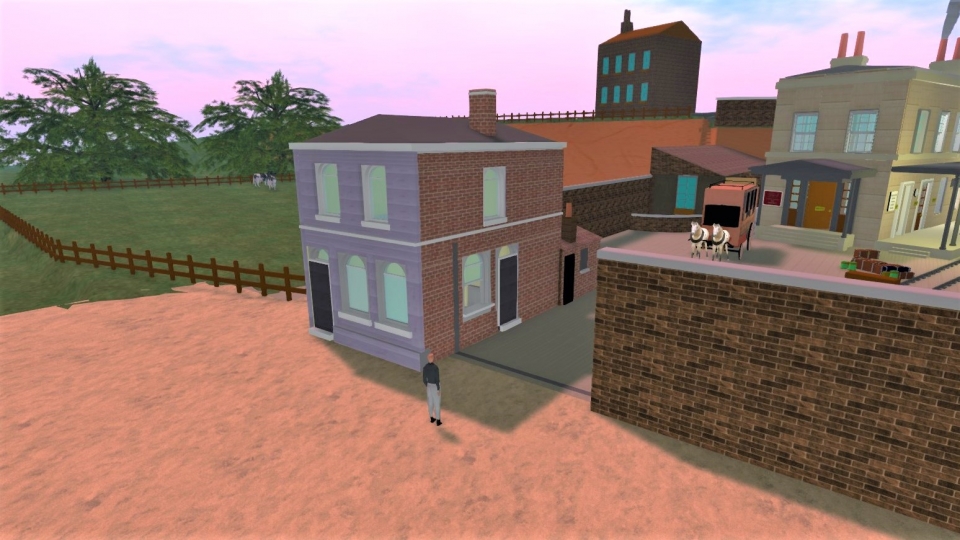 Did the streetside building become a coal office?

The building as shown is loosely based on plans for one of the coal offices on Crown Street. Thus there is a front door which leads to a counter. I would suggest that there was a long desk under the front windows and a coal fire to the rear beyond which parcels might have been stored. The upper storey served as overnight accommodation for train crew.

The build is also influenced by a 1972-dated photograph on p.13 of Hugh Hollinghurst's recent book on Liverpool's Railways Through Time. This shows the two buildings of the entrance block although the gatekeeper's hut is longer than shown on the early maps (some elongation was evident on maps by the 1950s). While the original block may have been demolished and rebuilt, I am intrigued by the possibility that the original second-class railway office may have been repurposed as a coal merchant's office and known as such to residents of the nearby Myrtle Gardens well into the twentieth century.