Some major caveats: this post features a very early build of the garden which follows an outline published map. Please bear in mind that it is based on limited research and negligible botanical knowledge! In particular, I have been unable thus far to find any pictures of the Stove or information on the role(s) of the two thin rectangular blocks on either side (I have supposed they are related to the heating system and thus have given them rather ugly chimneys). Even where images of a building have been found, they invariably show only one side and are only available uncoloured. Rather crucially, few plants have been added thus far and there is no internal detail within the buildings. Even so, I hope the model will grow over time and serve to complement the adjacent Crown Street railway station build. I find the juxtaposition of the garden and station very interesting in a symbolic sense and the two now occupy the same 768x768 metre OpenSimulator varregion.

A visit to the botanical garden

It's springtime in Liverpool 1830, a sunny day for once and the ideal place to be is the Botanical Garden on Crown Street. Assuming you can afford it, of course. It's maintained by subscription with limited entry so not really what you would call a People's Park.

In the distance we can see the new station underway. It will be opening in the Autumn and the adjacent works is busy making carriages and wagons. The foundry belches out a fair bit of smoke and there's some concern for the plants although to be fair there are plenty of chimneys in evidence in the garden -- they're part of the heating system needed to keep the exotic plants warm on less clement days.

The garden has rather a strange layout, basically an elongated triangle. It's surrounded by a high wall which helps shelter the plants but also, of course, restricts entry to those who can pass through the gate.

The gate featured in Mr Troughton's illustrations to Mr Corry's book on the History of Liverpool; indeed, there were two prints of the entrance gate that are dedicated to Dr Bostock, one of the two physicians who supported the initial project along with Mr Roscoe. The garden plays an important role in the cultivation and study of plants for medicinal purposes. The pictures in the book show two different versions of the gateway itself but in one case also the house adjacent to the two lodges.

This is where Mr Shepherd lives. He is the curator with overall responsibility for maintenance of the wide range of plants in the collection. Like Mr Roscoe, he is now advanced in years and supported in his work by his nephew Henry as well as the staff he oversees.

The herbarium and library

Mr Shepherd's house is also the location of the herbarium, a very valuable record comprising dried and pressed specimens of many thousands of plants from all around the world. Liverpool is fortunate in being a port. Many sea captains return from voyages with novel plants that they pass onto the botanical garden. The garden also employs professional plant hunters who explore other continents with the aim of finding new plants for the garden.

Making sense of this diversity has led to development of a new science, botany, and botanic gardens in places like Chelsea, Oxford, Dublin and Edinburgh have provided specimens for scientific study as well as underpinning the medical and economic applications of plants. Mr Shepherd's house also holds a library of valuable books that assist in the identification of plants. Mr Roscoe has been engaged in writing a monograph on the tropical Scitamineae which include commercially significant plants such as ginger, arrowroot and turmeric.

The initial view on entry

Entering through the narrow gateway one is immediately struck by how the garden fills the field of view. Immediately you can see a gently winding path that follows the righthand wall and extends into the far distance. It is complemented by a straight path that follows the course of the lefthand wall. The view is, however, intercepted by two buildings, the Stove and the Conservatory.

The paths in this area are generally circular and this shape provides visual interest as well as delineating particular habitats and giving maximum opportunity to observe the plants therein.

The stove is the repository of the most demanding tropical plants. As its name suggests, it is heated by one or more stoves. Besides rare and delicate plants, it is also home to an iguana. Those accompanied by a dog are advised not to take it into the Stove as the iguana is readily startled by their appearance and likely to attack the canine with its tail before running off to hide.

Beyond the stove is an area for the growth of plants found in rocky situations and beyond that an area for plants adapted to boggy conditions. 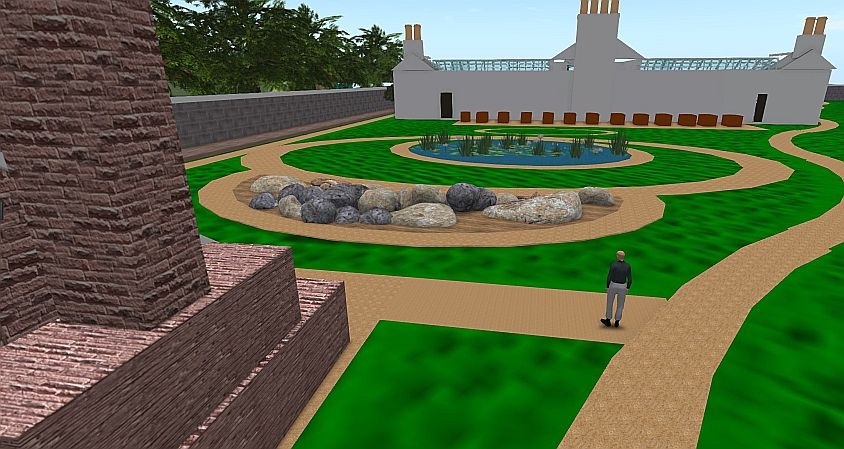 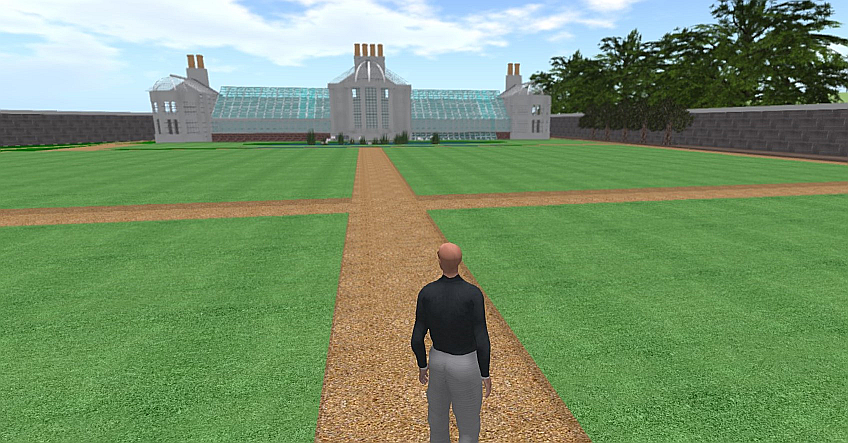 This also features in Mr Troughton's illustrations and the picture in this case is dedicated to Mr Roscoe. The building is seen to its best advantage on the return as there is a large glazed area facing roughly to the south. The chimneys signify that it is a well-heated building as required by its principal dimensions of some 240 feet wide by 24 feet high.

On the northerly side are a series of large tubs whose plantings are used to illustrate the features of the principal groups of plants.

The garden extends for some distance beyond the conservatory and this is the domain of the herbaceous plants. There is also a large pond with attractive water lillies.

The popularity of the garden appeared to dwindle at one stage. However, a concerted attempt has been made to popularise the venue and musical entertainment is commonly available on Thursdays during the appropriate months. This has been known to attract several hundred visitors who can combine visual and audible attractions with the opportunity to meet and chat with friends and acquaintances. 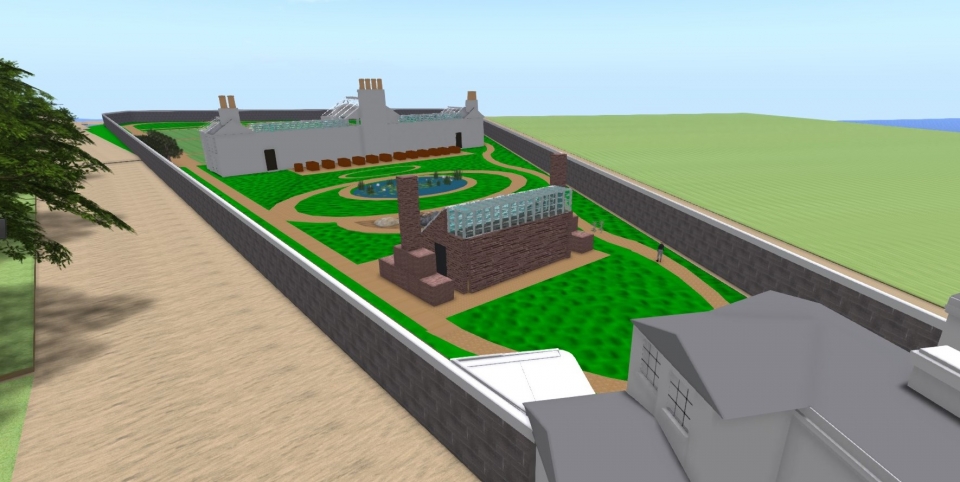